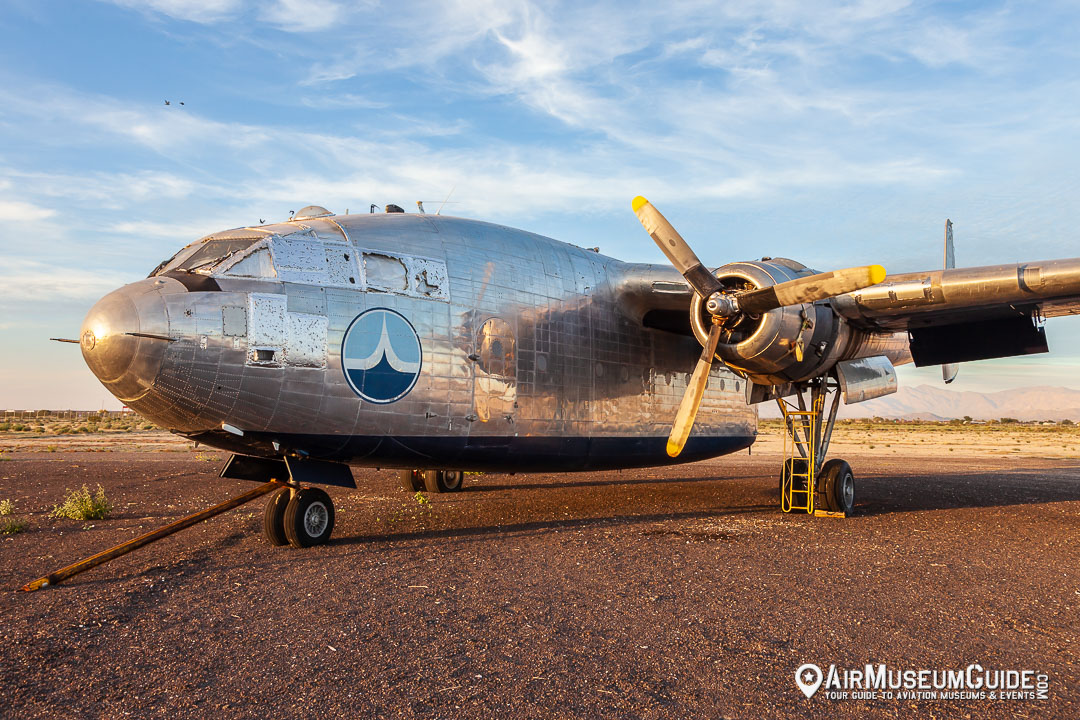 Lauridsen Aviation Museum could be described as a museum in the making. Most of the private collection of over 30 airplanes is located at the Buckeye Municipal Airport, west of Phoenix, Arizona. However, some of the aircraft are stored at several other nearby airports. Hans Lauridsen, the founder and owner of the museum, is planning to erect a 30,000 sq. ft building to exhibit more valuable planes inside while others will be parked on the surrounding tarmac. His vision is to allow the public to get close to the aircraft without any ropes and see them being worked on with engine cowlings open.

Flight of the Phoenix

One of the first planes you encounter when arriving at the airport is a Fairchild C-119 Flying Boxcar with its unusual twin-boom design. The aircraft’s design was based on an earlier Fairchild C-82 Packet but featured more powerful engines, a stronger airframe, and a larger cargo space. Lauridsen’s Flying Boxcar was also used in the 2004 Flight of the Phoenix movie, where a group of plane crash survivors utilize salvaged parts to build a new airplane and escape a harsh desert environment. It was a remake of the 1965 movie of the same title that featured a Flying Boxcar’s predecessor, a Fairchild C-82 Packet. 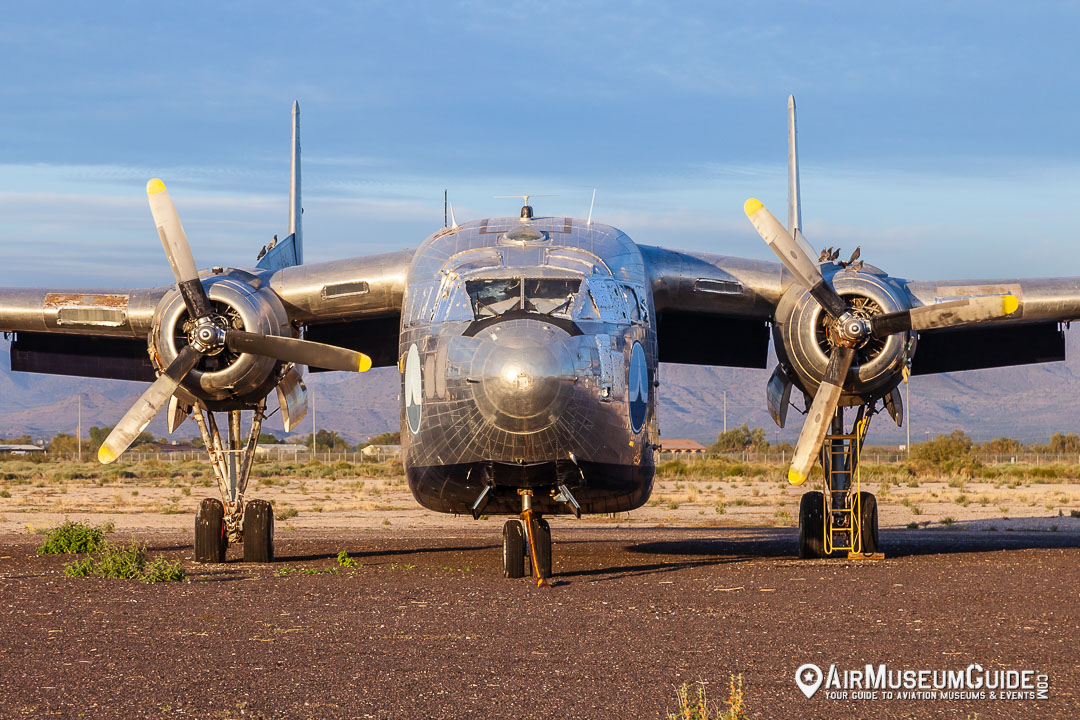 The next plane you see driving towards the museum is a beautifully restored Grumman HU-16C Albatross. This large flying boat was used primarily as a search and rescue aircraft by the USAF, Navy, and Coast Guard. Lauridsen’s Albatross was initially constructed in 1953 as an UF-1 model for the U.S. Navy but was later redesignated as an HU-16C. It is now painted in the characteristic U.S. Coast Guard paint scheme. 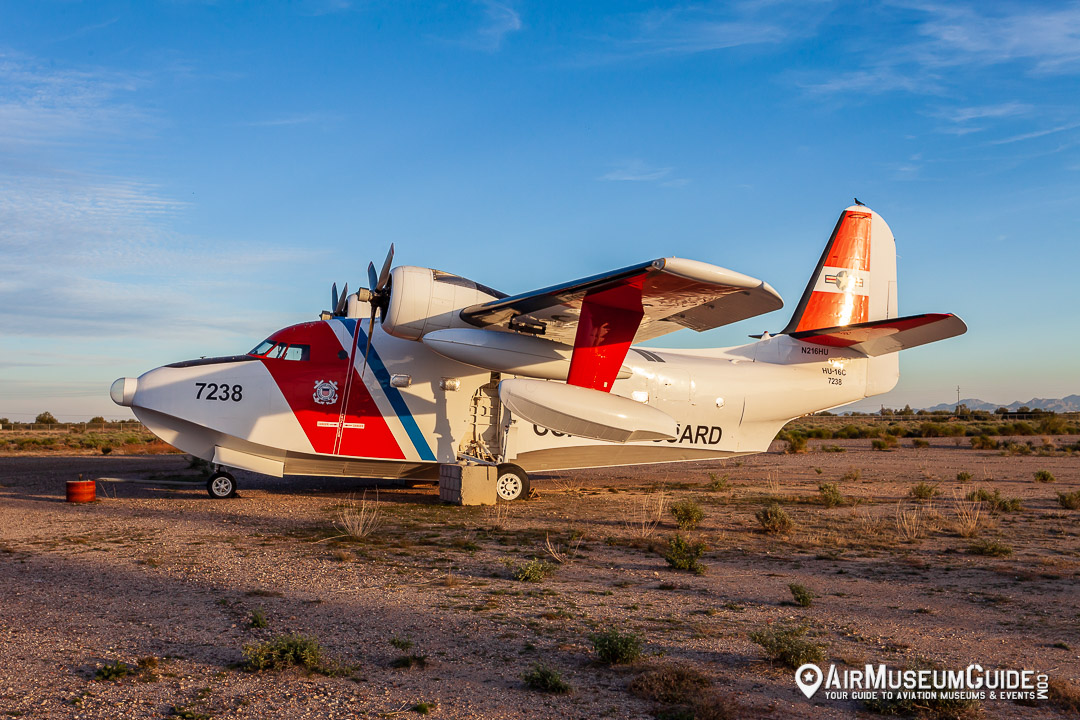 Several other planes are parked under shade structures sharing space with some vintage military and civilian vehicles and various mechanical parts. One of such planes is a Douglas A-26B Invader (44-34520), manufactured in 1945 by Douglas Aircraft in Long Beach, CA and used previously as an executive transport and an aerial tanker. It was also briefly on display at the Museum of Flight and Aerial Firefighting in Greybull, WY which we would love to visit in the future! 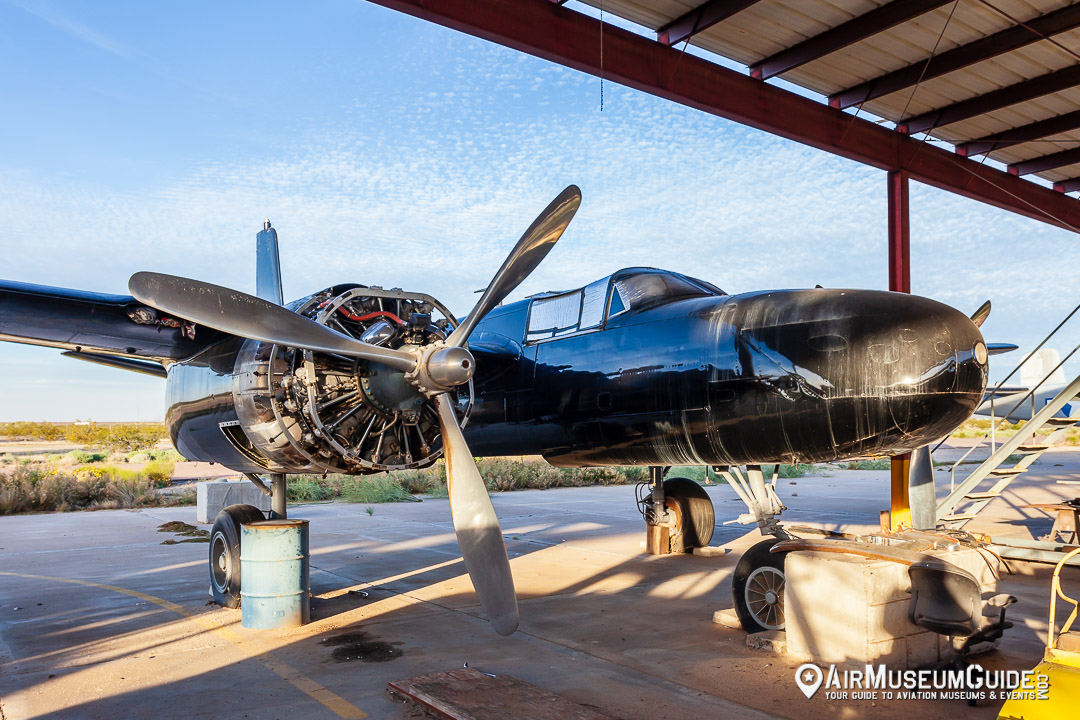 Catalina and other aircraft 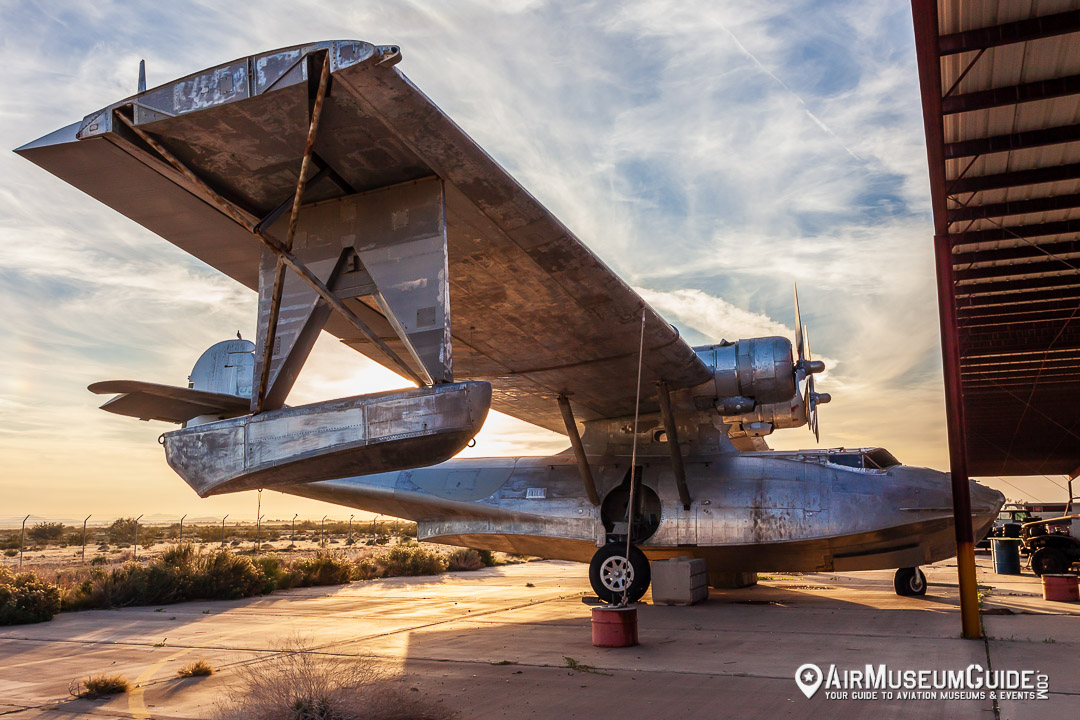 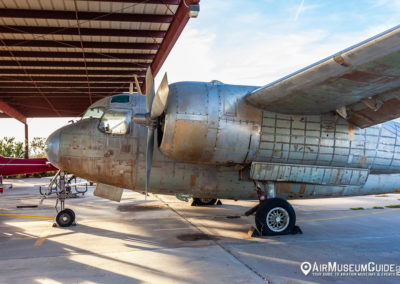 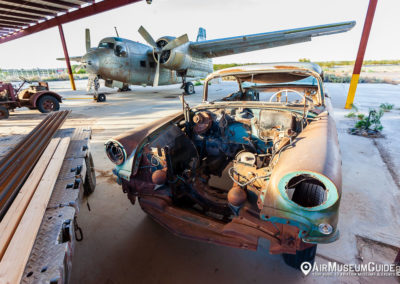 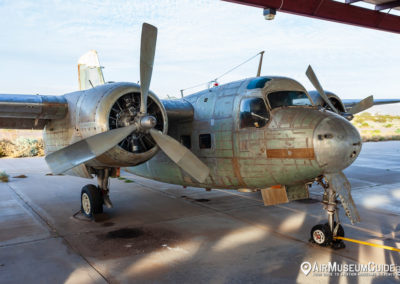 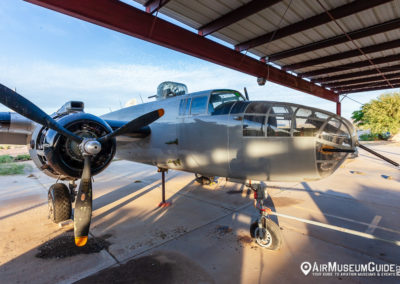 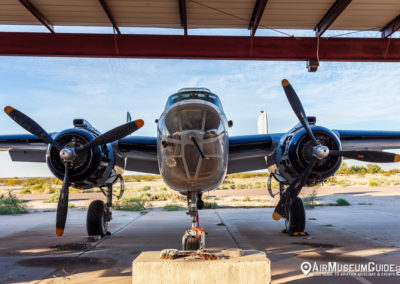 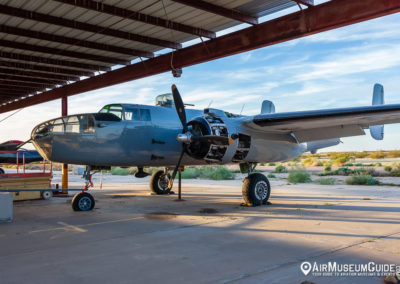 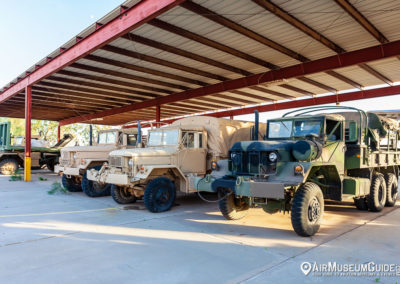 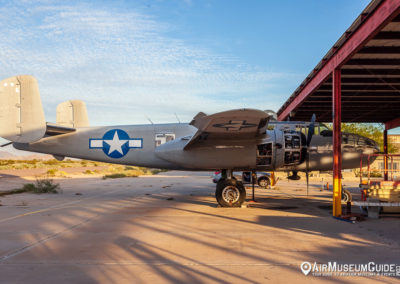 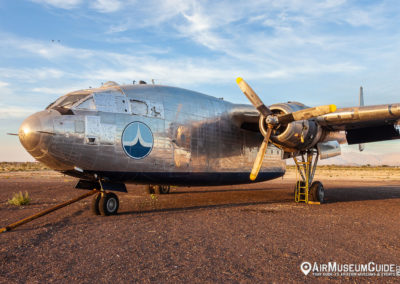 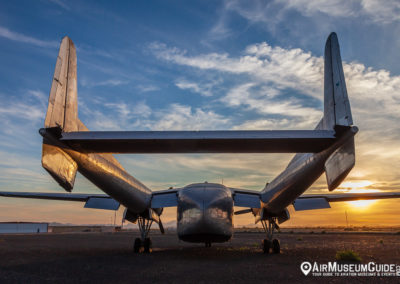 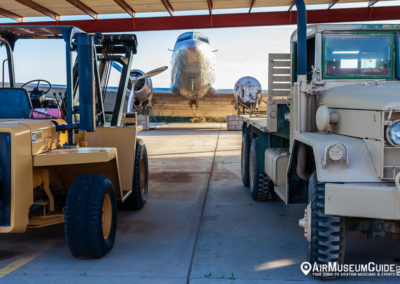 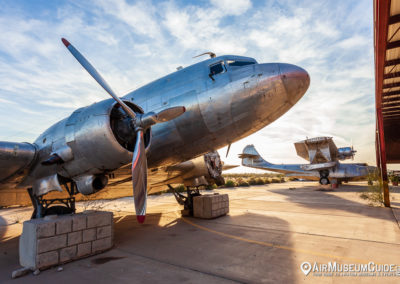 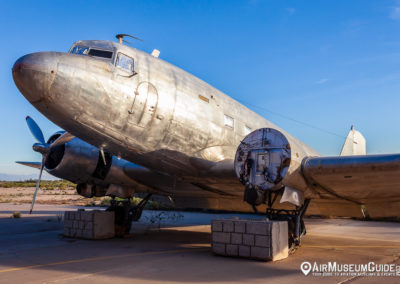 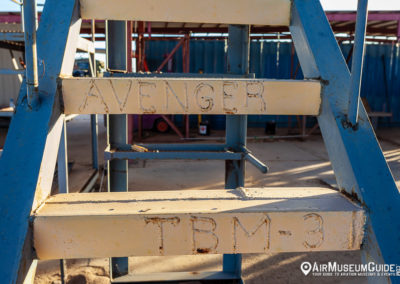 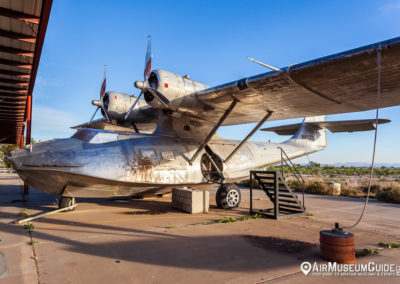 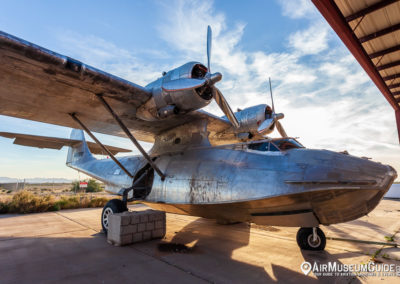 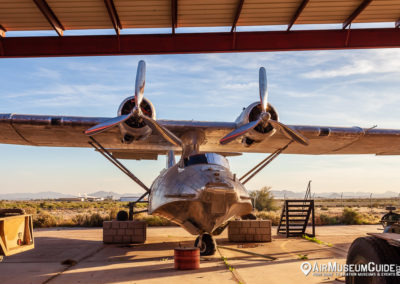 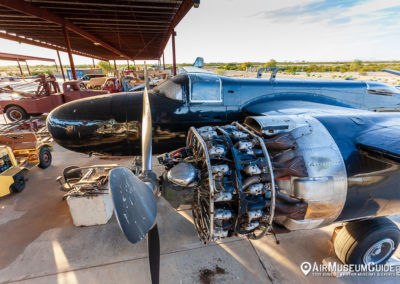 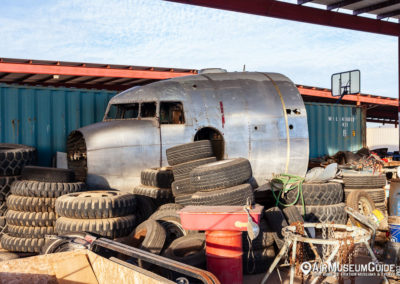 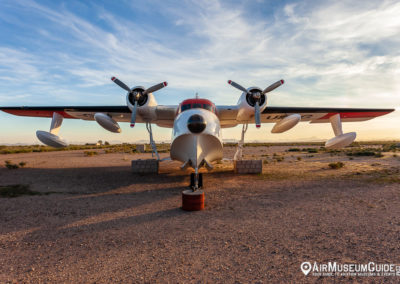 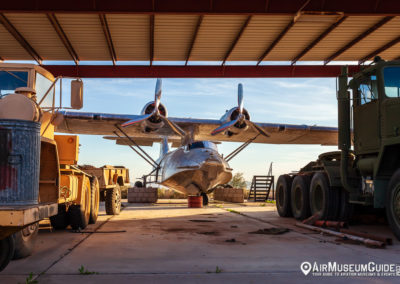 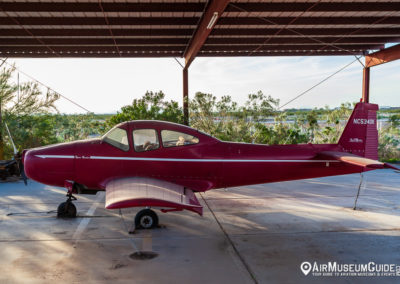