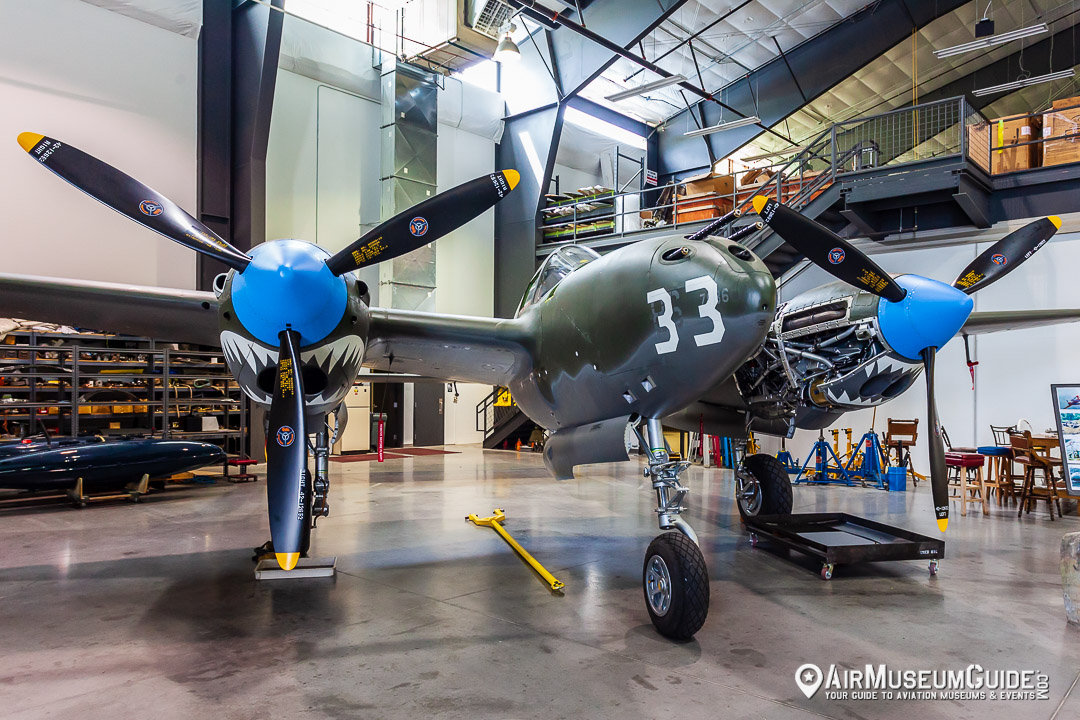 The National Museum of World War II Aviation is located in Colorado Springs, adjacent to the runways of the Colorado Springs Airport and not far from the Peterson Air & Space Museum. The museum opened its doors to the public in October 2012 with a mission to provide a unique educational experience about the importance of American aviation during the World War II. It was also recognized by the US Congress as America’s National World War II Aviation Museum. 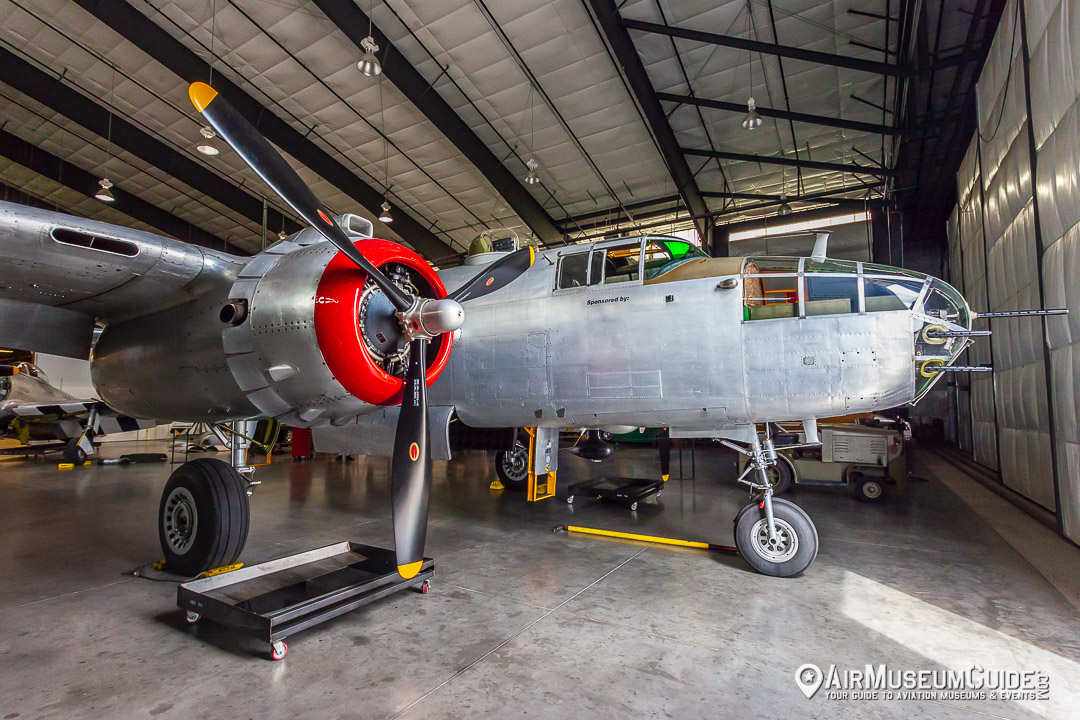 Several of the aircraft displayed are on loan from private collectors around the country. This includes the Lockheed P-38F Lightning “White 33”, a crown jewel in the museum’s collection. It is one of the 10 airworthy Lightings today, one of the two with functioning turbochargers, and the actual veteran of World War II in the Pacific Theater. It was recovered from Papua New Guinea where it was buried after the war with other surplus aircraft. After a long restoration by WestPac Restorations it took to the skies once again on October 29, 2016. 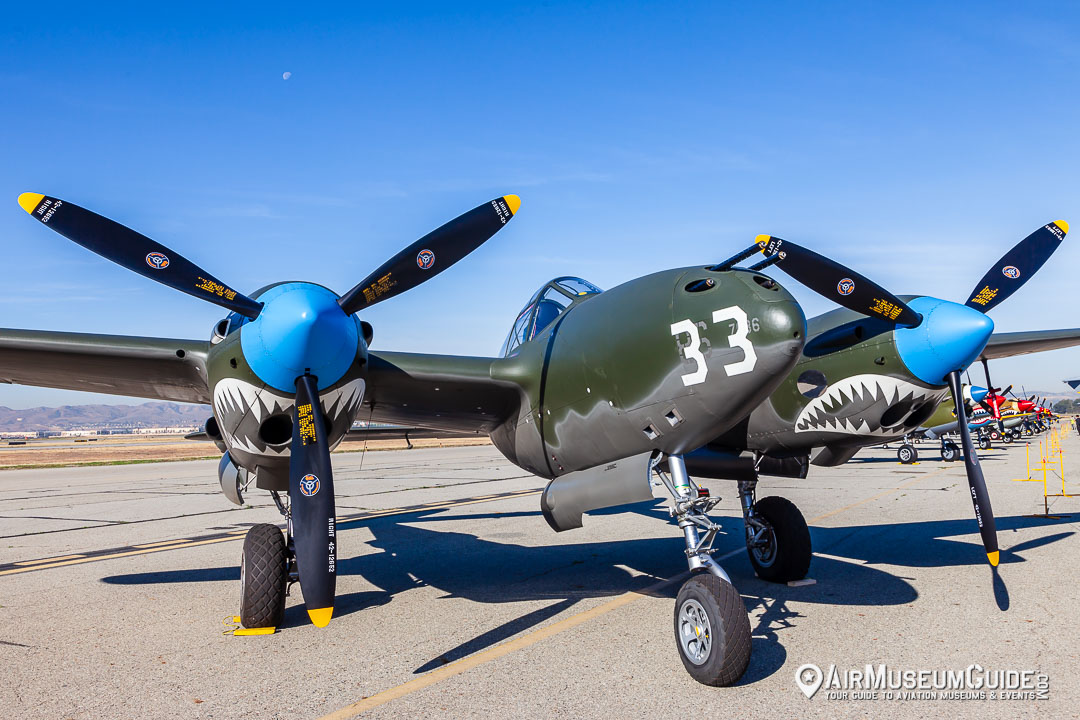 WestPac Restorations, located in a hangar adjacent to the museum, is one of the foremost restoration facilities for WWII aircraft. It was co-founded by Bill Klaers who is also the President of National Museum of World War II Aviation. Museum visitors can tour the WestPac’s restoration hangar and experience first-hand the maintenance and restoration process for historic warbirds owned by the museum or private clients. During our tour we were able to see a General Motors TBM Avenger, Republic P-47D Thunderbolt, Douglas A-1E Skyraider, Douglas SBD-4 Dauntless, Grumman F7F Tigercat and a very early restoration phase of a Chance-Vought F4U-4 Corsair. 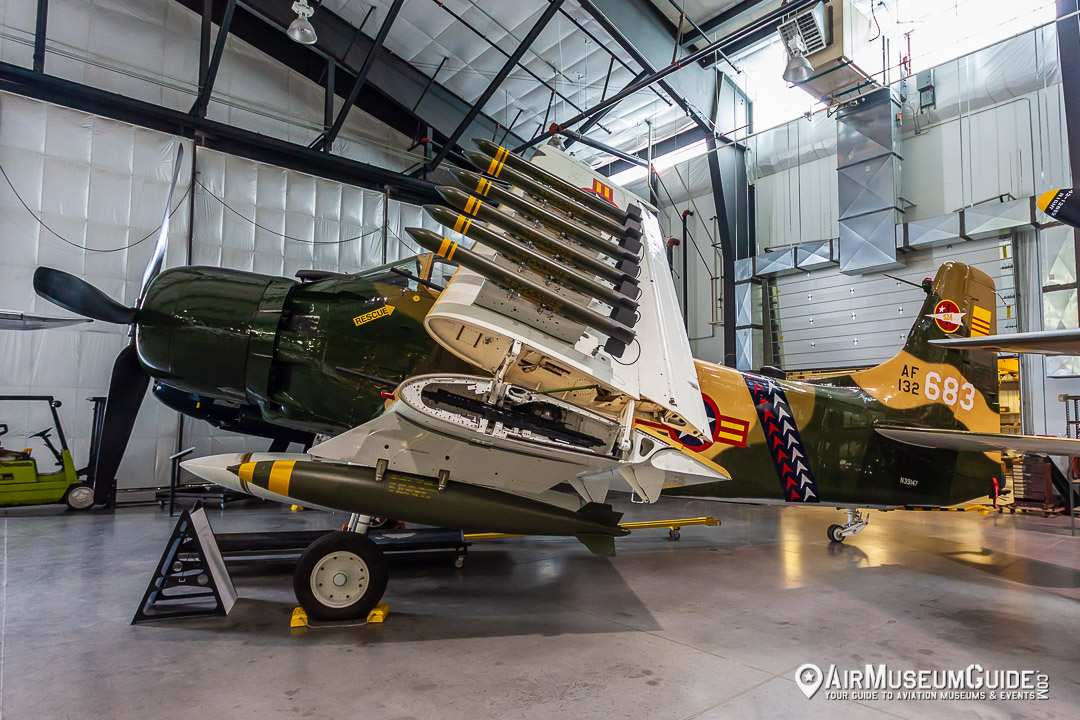 The National Museum of World War II Aviation also houses an extensive collection of more than 3,000 artifacts and historical documents. This also includes a fully functional link trainer, designed by Edwin Link and used to train thousands of US and Allied pilots during the World War II. The facility also displays several 1940s-era military vehicles, including a M2A1 Half-track and a M3A1 Scout Car. In the coming years the museum plans to expand and use modern technologies to provide a more immersive and interactive educational experience. If you have more time to spare you could also visit the nearby Peterson Air & Space Museum or stop for a quick bite at The Airplane Restaurant inside of a former Boeing KC-97 Stratofreighter. 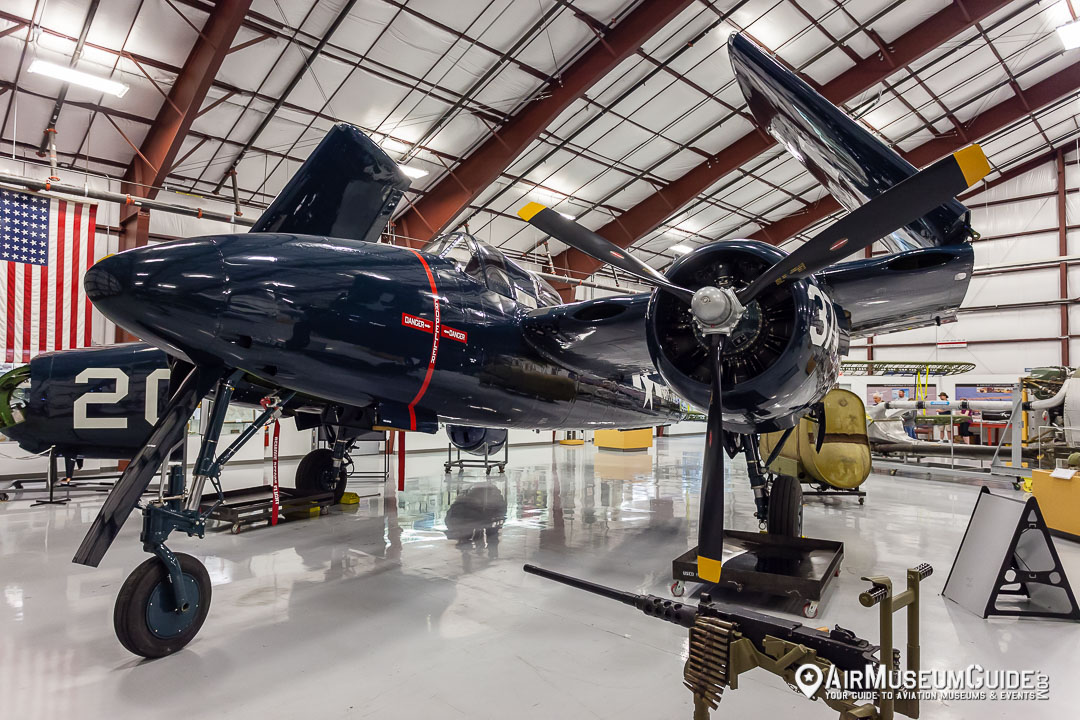 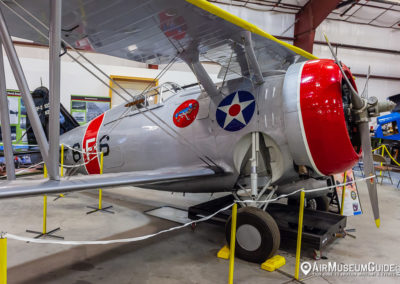 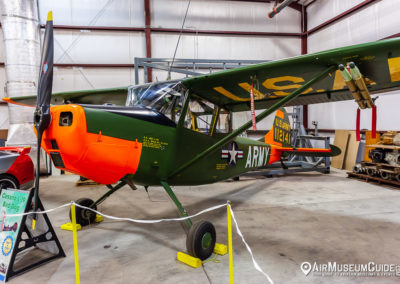 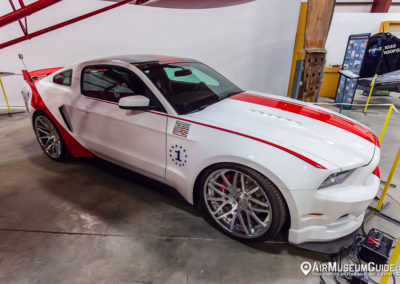 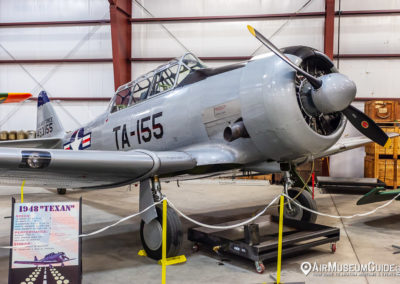 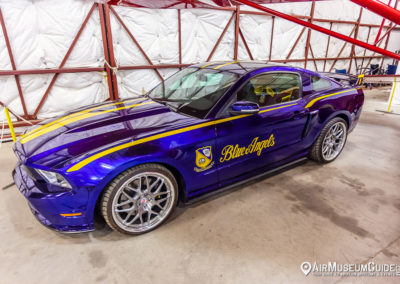 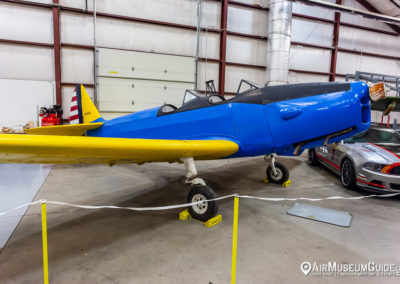 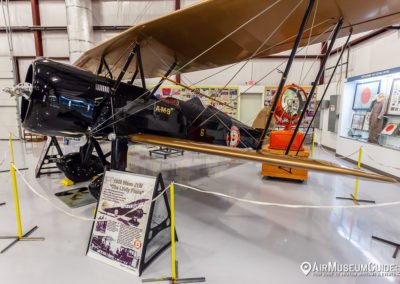 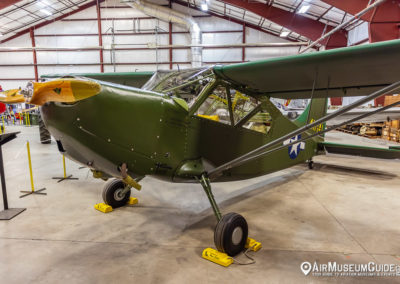 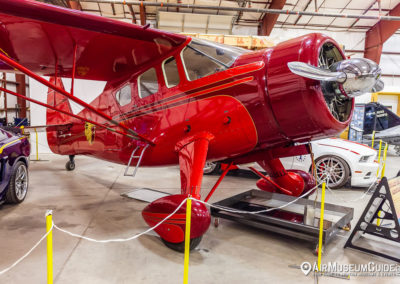 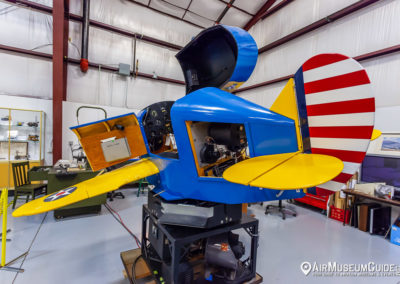 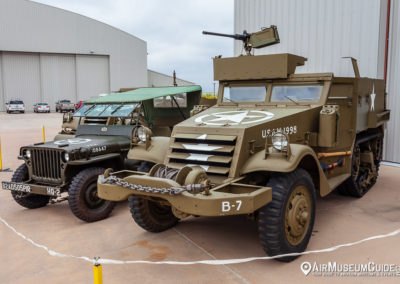 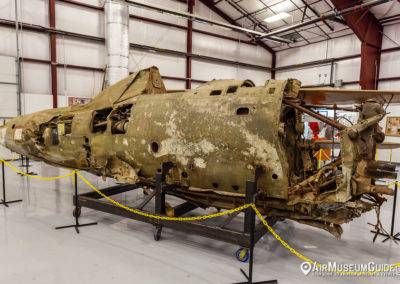 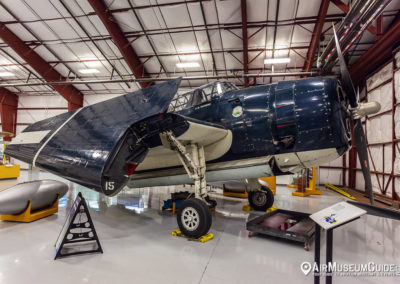 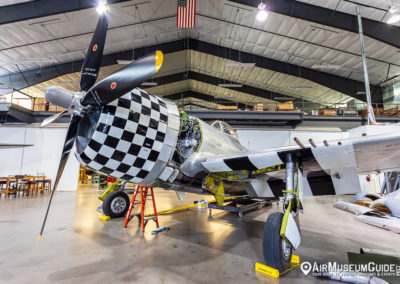 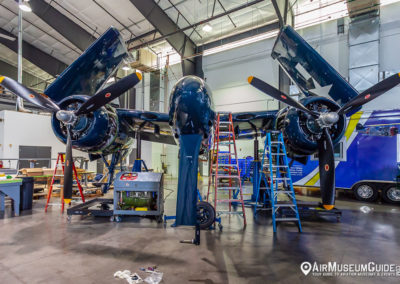 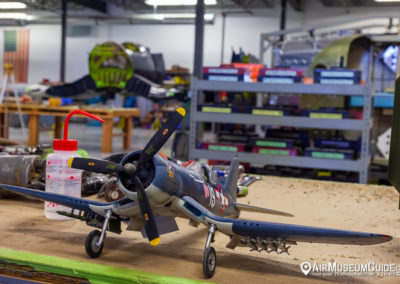 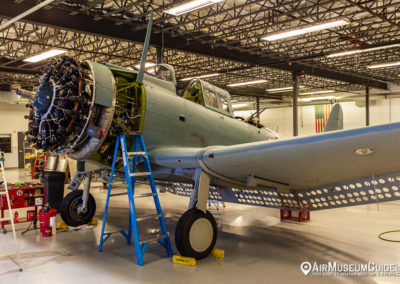 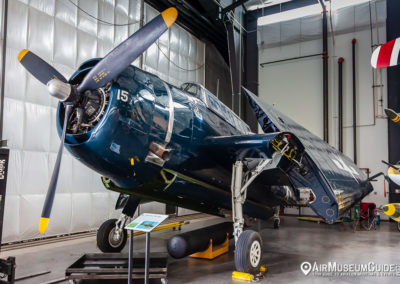 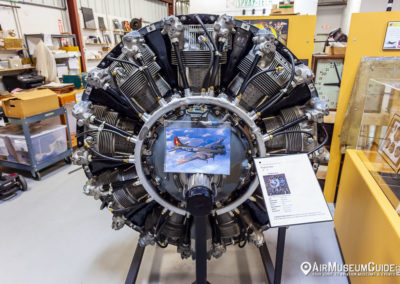 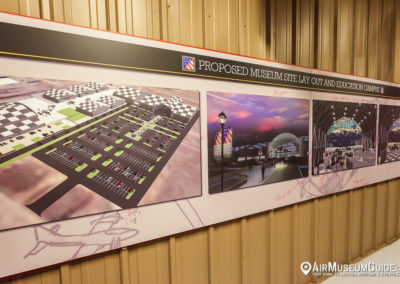 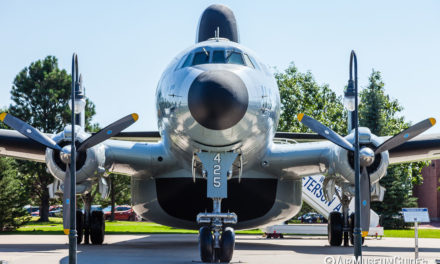 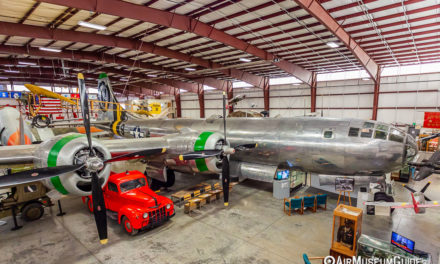